Thank you for Taking the Time to Discern Our Lady's Movement

There is currently a growing interest in Ireland regarding the Flame of Love of the Immaculate Heart of Mary Movement. Yet people are curious as to what this movement is all about and how it is different or similar to other Marian devotions. Alongside seeking to understand The Flame of Love Movement, entirely proper questions emerge regarding its approval status in the Church.

We have created an introduction pack that you may download from this page to share with your parish priests, bishops, or with anyone interesting in understanding Our Lady’s Movement in more depth. The Theological Examination of Elizabeth Kindelmann’s Spiritual Diary and its Guide are also found on this page for anyone wishing to study Jesus’ and Mary’s messages to Elizabeth in even greater detail.As always, if you have any questions, please do not hesitate to reach out to us!

“May our hands gather in unity” 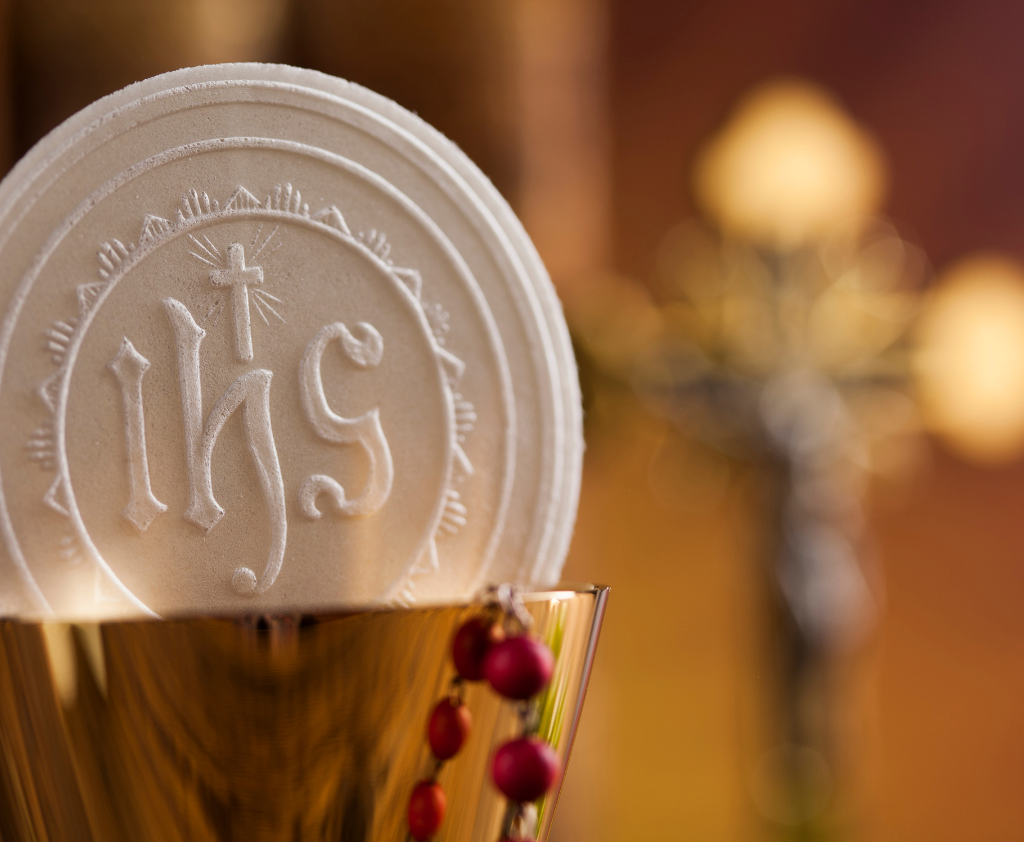 Why has it taken so long for the MOVEMENT TO GAIN RECOGNITION?

It All Began In Communist Hungary

When the Holy Father blesses a Private Association of the Faithful such as the International Movement of the Flame of Love of the Immaculate Heart of Mary, it does not mean that the Vatican has approved the entire Message of the Spiritual Diary of Elizabeth Kindelmann. It simply means that the statutes of the Organisation have been approved by the competent authority, the local ordinary Péter Cardinal Erdő, Archbishop of Budapest, Hungary; and the Holy Father offers an acknowledgment that the Organization has a mission it is pursuing on behalf of the Church, which is within its purview as a lay organisation under proper spiritual direction and subject to Canon Law. While Cardinal Erdő has indeed approved the entire Diary of Elizabeth Kindelmann as having nothing against Faith and Morals, and he has further praised the Diary as a “Gift to the Church” in formal remarks, his approval of the Movement in his Diocese does not bind nor prevent other Bishops from making their own judgment.

While Cardinal Erdő’s decision should be held in the highest respect according to the documents of the Church, and Pope Benedict has reminded all in the Church of the proper submission to the messages contained in the Diary due to the presiding Bishop’s approval in these matters, the Vatican reserves the right to ultimately decide whether the Diary and the prayers are in complete conformance with Church doctrine. The Movement is currently seeking approval as a Public Association of the Faithful, which, if granted, would allow it to operate in all Dioceses within the Church. 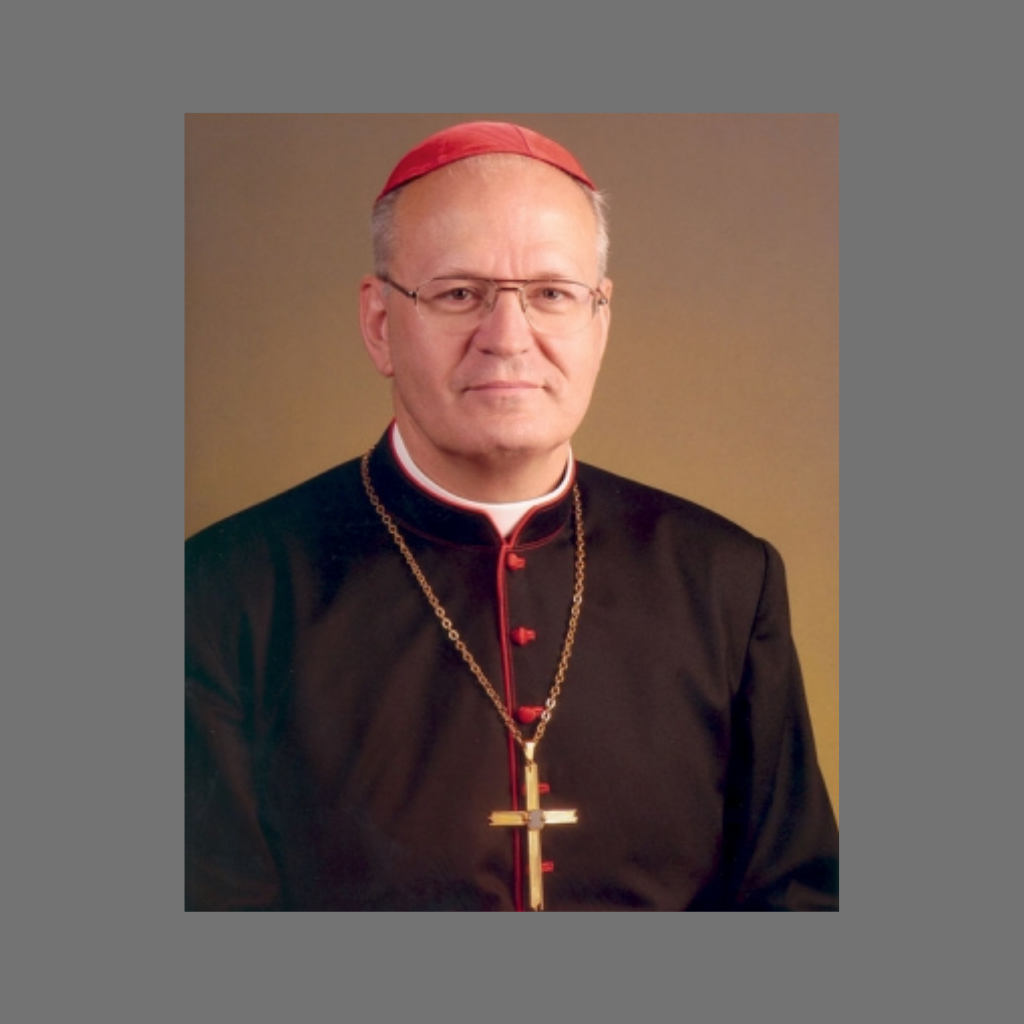 Pronouncements of His Eminence Cardinal Péter Erdö, Primate of Hungary, Archbishop of Eszertom-Budapest, concerning the Association “Flame of Love of the Immaculate Heart of Mary Movement.” (June 19, 2013) 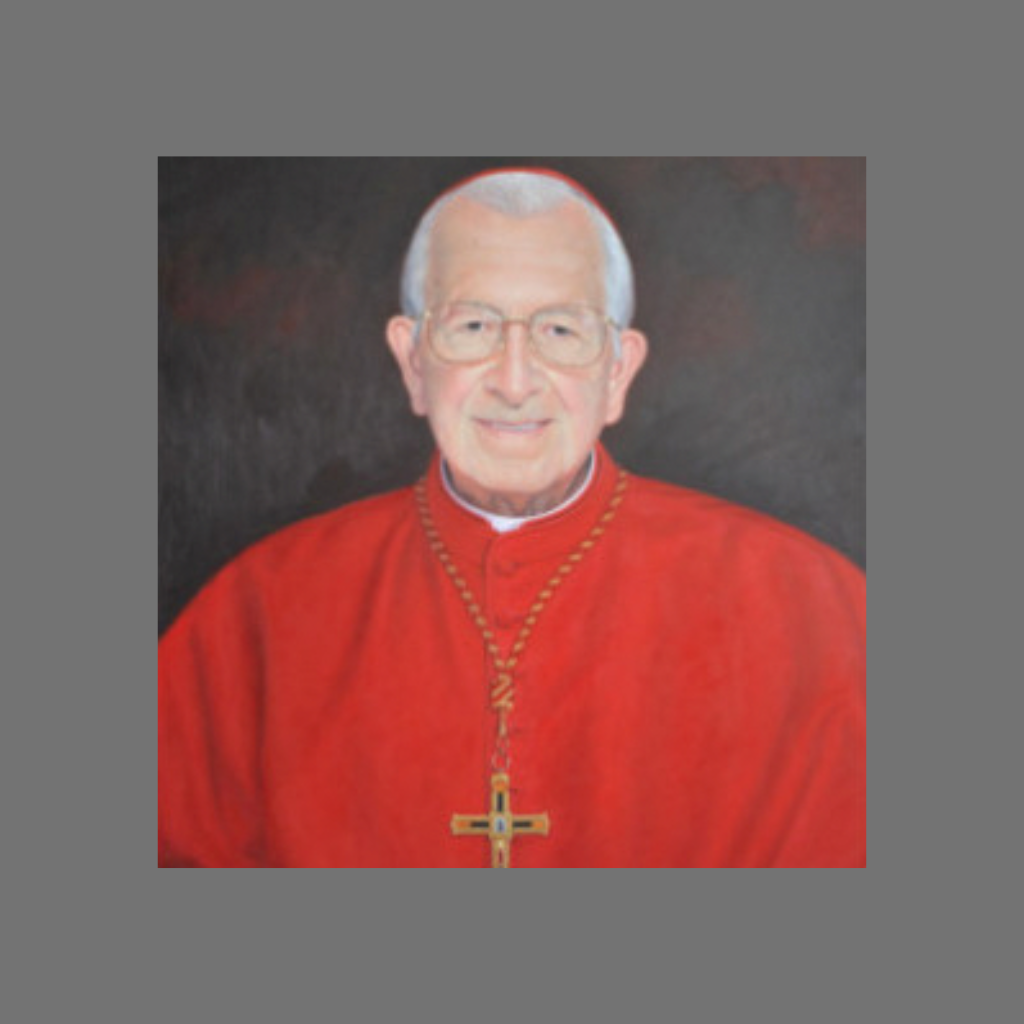 Cardinal Bernardino Echeverria Ruiz (Archdiocese of Guayaquil, Ecuador) approved the statutes of the Flame of Love Movement and asked the Holy Father to give approval so that the Flame of Love would be accepted in the whole Church. The Vatican, through Cardinal Francis Stafford, responded to Cardinal Ruiz for the Holy Father: “I encourage you to continue so the Association bears abundant fruits among its members and the whole Church. I invite you to continue your duties as spiritual director.” (Oct. 22, 1996) 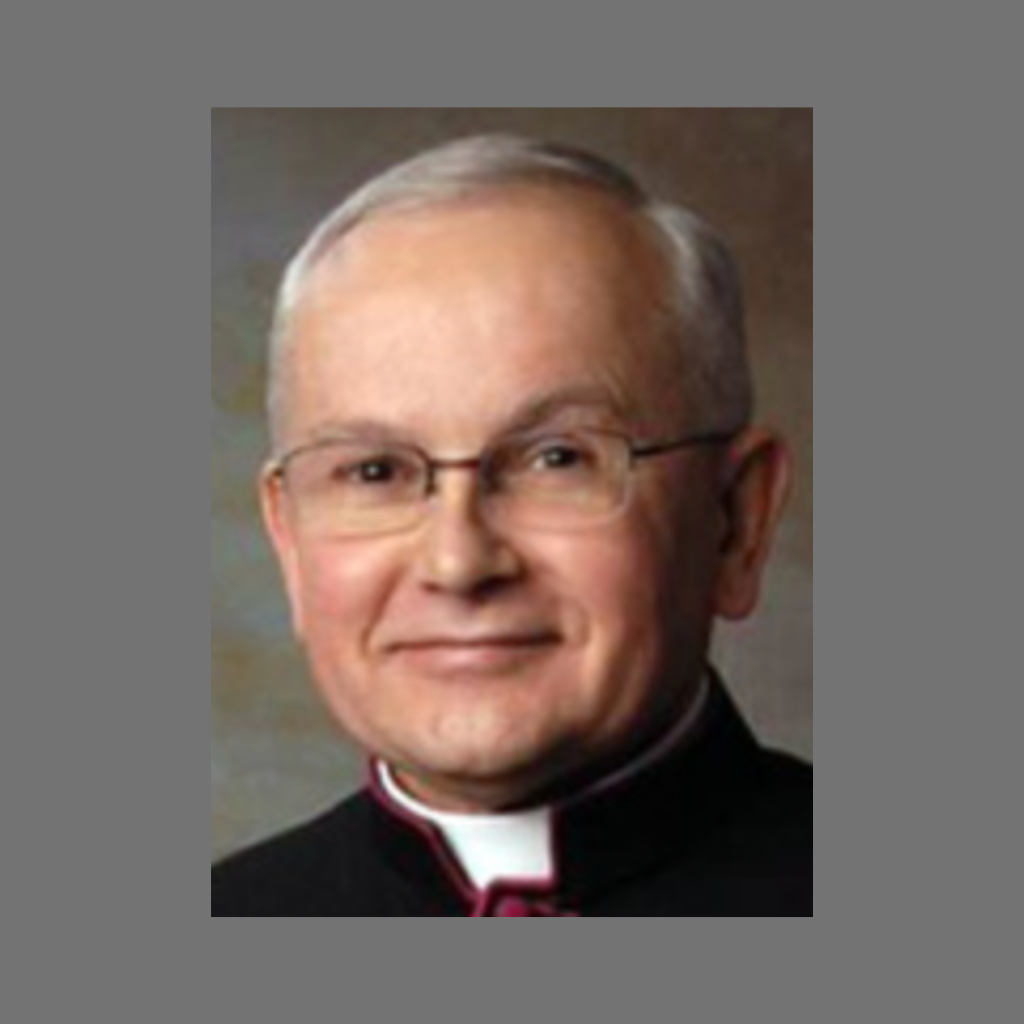 As the National Spiritual Director of the Flame of Love Movement (USA), I praise God and thank you for taking the time to learn how we can strengthen our faith and those we serve. (…) We are grateful to the priests who have welcomed the Movement and offer our leadership to begin
a cenacle in your parish. The Movement has approval of our Holy Father, Cardinal Peter Erdo of Hungary and Bishops in the United States. (November 1, 2020) 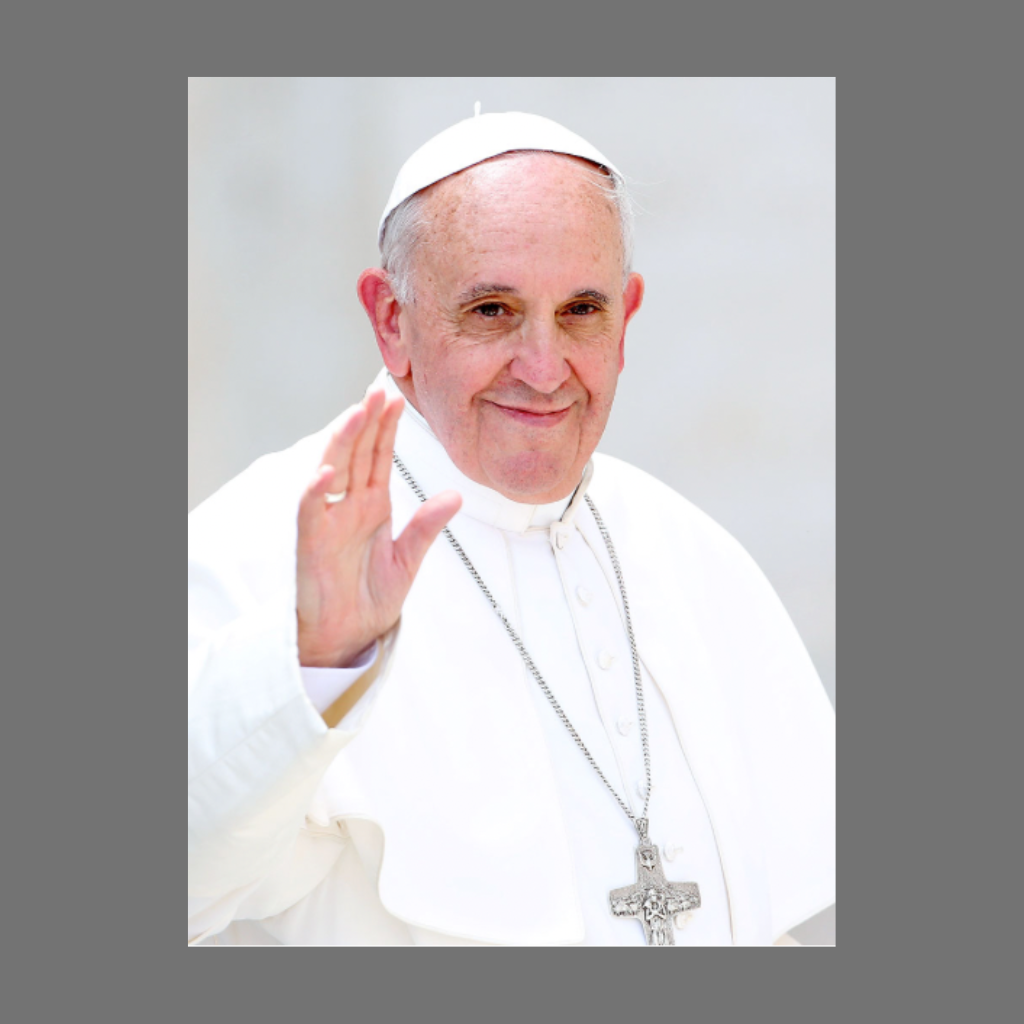 The Theological Examination of the Spiritual Diary of the Flame of Love: Dr. Zoltán Kovács

This 38 page document is a thorough and somewhat technical examination of the foundational document for the Flame of Love devotion, viz., the Spiritual Diary of Elizabeth Kindelmann.

The examination was written by Dr. Zoltán Kovács, a Mariologist, the Rector of the Seminary of Esztergom, a teacher at the Pontifical Theological Faculty “Marianum” (Rome) and the Péter Pázmány Catholic University (Budapest), and the official censor of the Spiritual Diary of the Flame of Love. 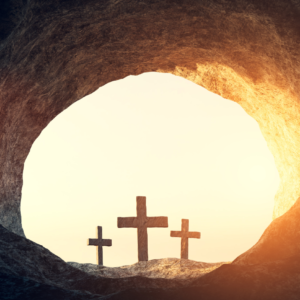 We invite you to read and reflect on this document and consider sharing it with others to help understand more deeply how Our Lady's Movement of Grace built upon the Movement of Mercy – the two great Movements given to the Church at this time for what the world needs most is Mercy and Grace.

One of the great challenges we have when presenting the Flame of Love of the Immaculate Heart of Mary is the assumption it is another of many Marian devotions or about the words of another mystic but The Flame of Love is not about the messenger nor the messages; it is all about grace. In fact, we refer to the Flame of Love as the Movement of Grace built upon the Movement of Mercy – the two great Movements given to the Church at this time for what the world needs most is Mercy and Grace.

In giving the Flame of Love to the Church on April 13, 1962 through Elizabeth Kindelmann, a widowed mother of six and Secular Carmelite in Communist Hungary, Mary said this would be the greatest outpouring of graces since the Word was made flesh. She told us the Flame of Love of her Immaculate Heart is not a what but a who: Jesus himself. It is all about Jesus; it has always been about Jesus; it will always be about Jesus. She also said this would be her greatest miracle ever – greater than Fatima or Lourdes because it would not be a miracle in one place with a great sanctuary built in remembrance but the miracle of making every family a sanctuary – a holy place filled with Jesus by the effect of grace and that, when the world sees Jesus fully present in countless lives around the world, it will finally take notice. Jesus, The Flame of Love, vibrantly alive in families by grace is the miracle.

There is not much new in the Flame of Love. Instead, Mary calls us back to all the great practices of grace we have always had but have neglected, e.g., intense prayer, regular fasting, Mass, Adoration, vigil prayer, continual repentance, humility, a complete dedication to the salvation of souls, sacrifices for others, and embracing our sufferings in love for the salvation of others. In short, she calls us to live the life of grace so completely conformed to the love and life of Jesus by the effect of grace that even our everyday chores destroy the influence of evil.

Praying and Living the Gospel

The Flame of Love helps every member of the Church to understand the Gospel in a simple and tangible way. It makes the profound theology of salvation accessible to everyone in both prayer and practice. There are only three devotional elements proper to the Flame of Love.

Meditating Upon the Five Wounds of Jesus

Mary asked us to offer ourselves to the Heavenly Father through the wounds of Jesus and Jesus tells us to meditate upon His wounds. This roots us in the mercy of the God – the wellspring of all grace and salvation and focuses us on God’s selfless love as demonstrated on the cross. This is the beginning.

Jesus Himself gave the Prayer of Union with Jesus saying it expresses His deepest desires toward us:

Jesus elsewhere explains that our feet must journey together to Calvary; our hands must work together to gather souls, and that His human heart beats in rhythm with His divinity so when our hearts beat with His heart, we partake of His divinity. This prayer is not just the heart of the Flame of Love; it is the heart of Christianity – the end goal of salvation – complete union with Jesus. It is not us inviting Jesus into our lives but Jesus inviting us into His. This is the end.

The Flame of Love Hail Mary

The prayers outline the gospel. God, in His Mercy, grants His grace whose effect makes us one with Jesus and thus partake of the Divine Nature to think, feel, and act as God does. When Jesus is present in us by grace, Satan’s influence is broken and souls are saved – it’s the Gospel! We pray the Gospel.

Our prayers lead to a life poured out for others in union with Jesus as He continues to pour out His life for the salvation of souls. We live the Gospel and learn God’s love in the experience of our bodies.

We have compiled some questions that we are asked many times regarding whether the Flame of Love of the Immaculate Heart of Mary Movement has Church Approval. Please review them for yourself.